Technically, this piece is unfinished. I want to go back and add textures and shading. For now, however, I am focusing on getting as far as I can. I haven't made a larger ink piece in nearly a year; it feels good to get more ambitious.

Human Paranoid is one of Paranoid's more dangerous hallucinations. He appears later in Brainsick, and, while more fugitive than Paranoid's other visions, creates more than his share of psychological havoc.

This piece was a fantastic excuse to draw some of my favorite things: paws, claw-hands, and snarly faces. 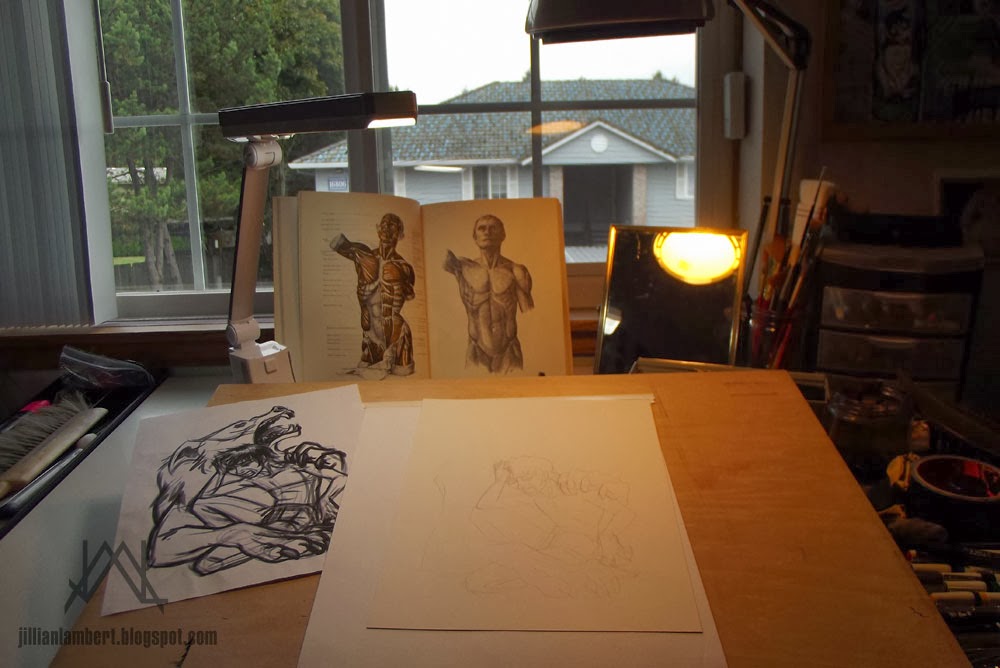 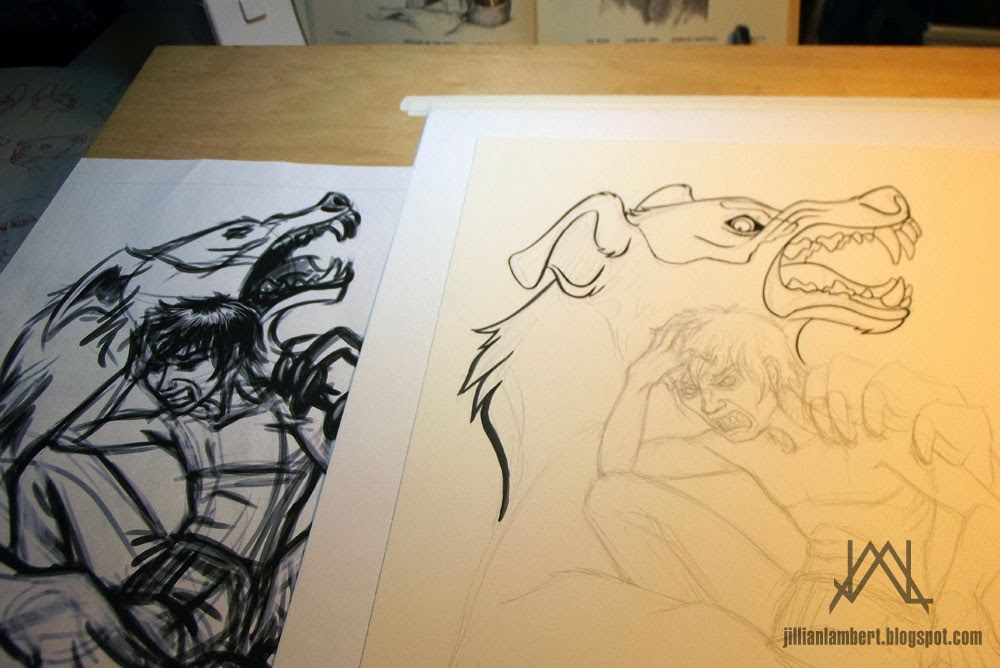 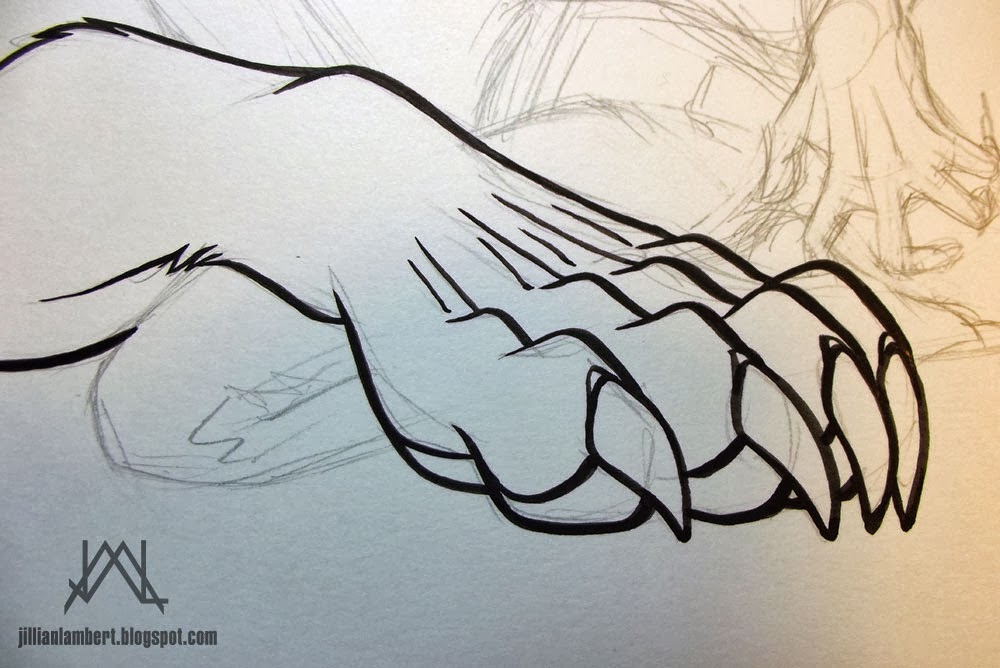 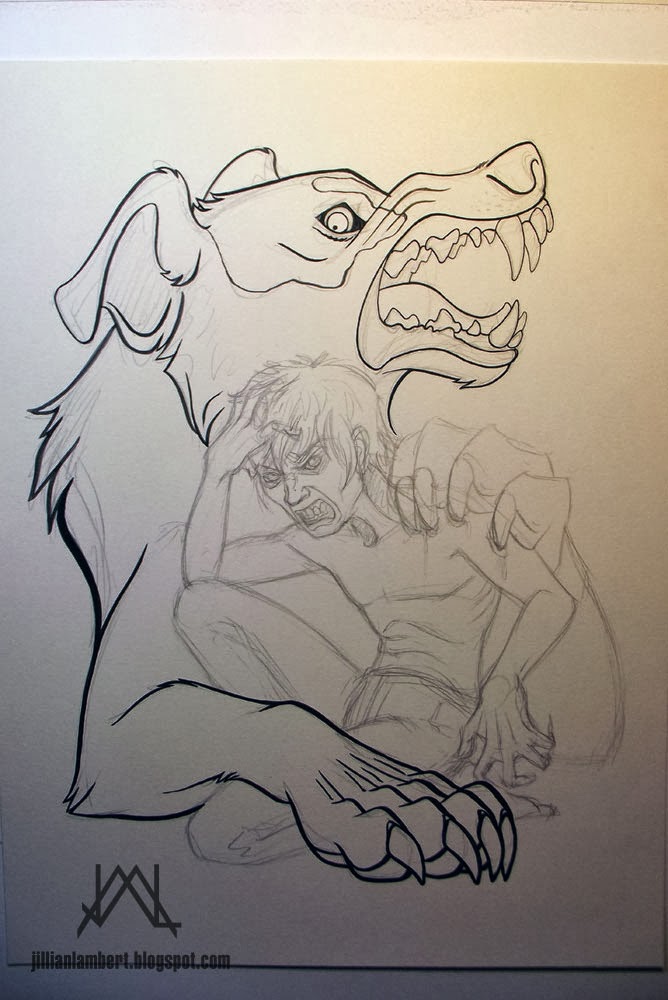 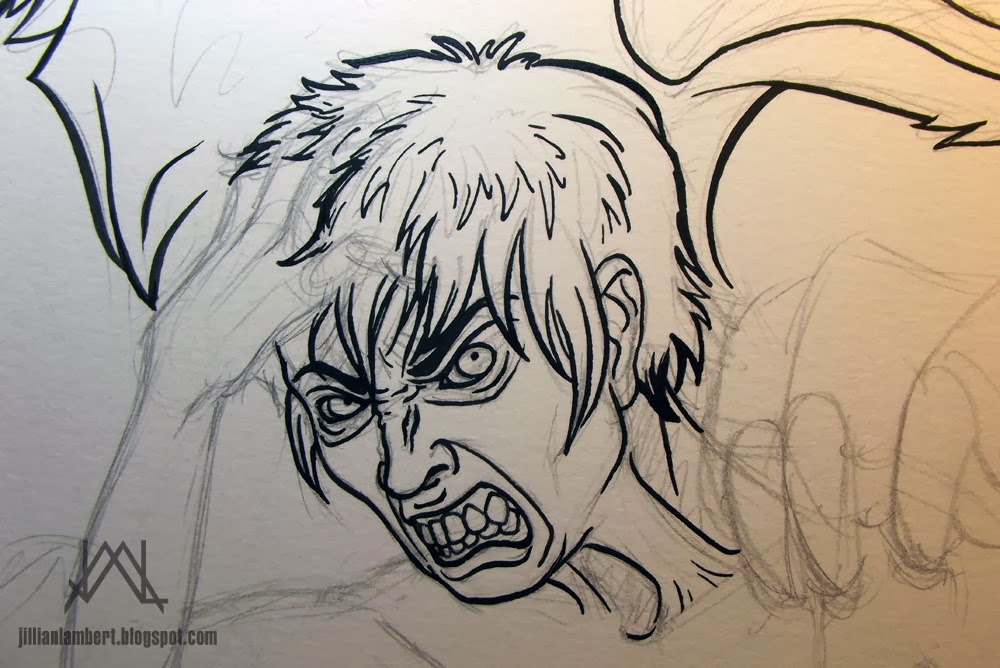 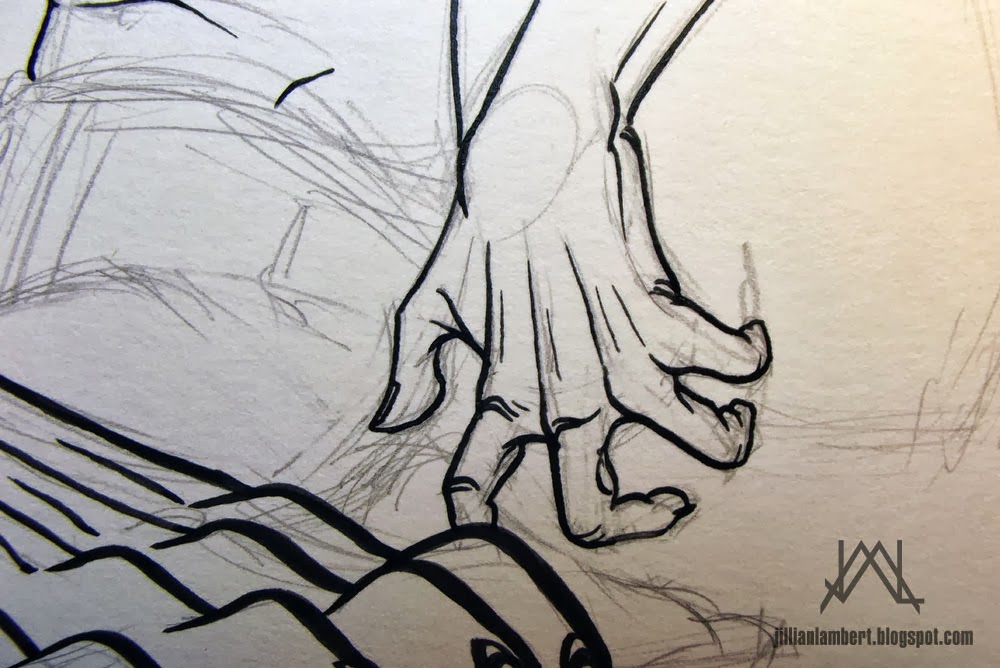 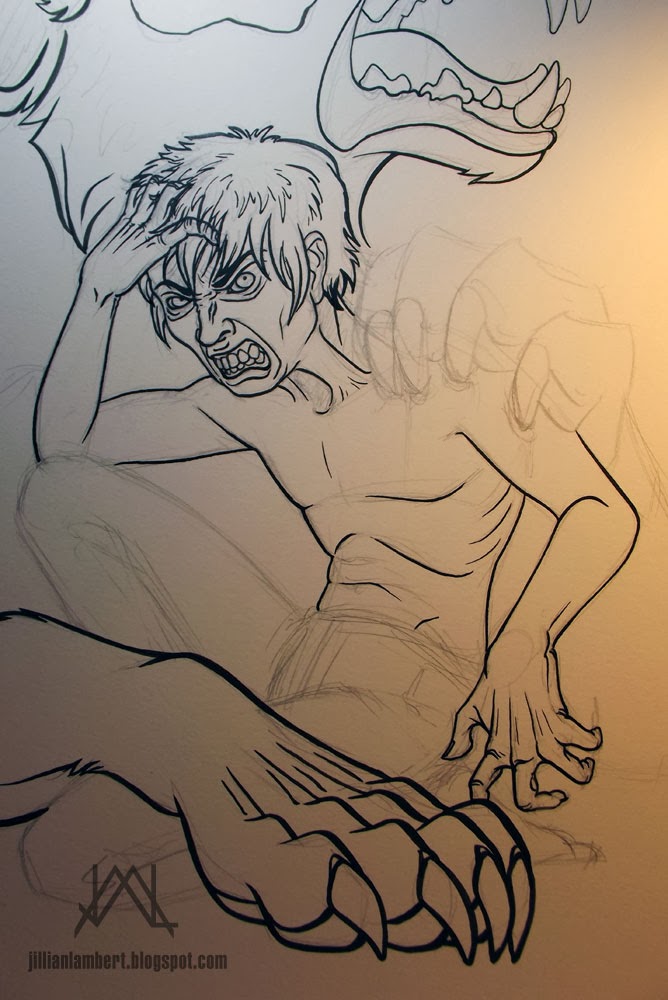 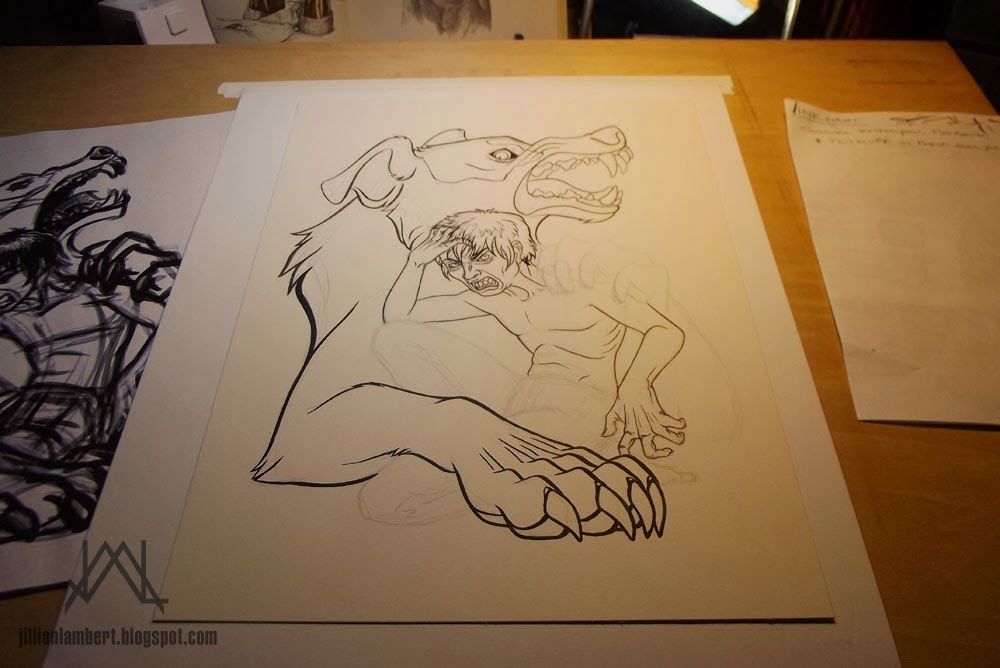 Posted by Jillian Lambert at 1:14 AM