BRAINSICK: Lucidity As Food For Madness

"Lucidity As Food For Madness" is based off a notebook cover I designed in 2009. It's the type of illustration I would like to have produced for INKvember - but better late than never!

Taking photos with my new phone is a blast; I've taken over 700 since getting the darn thing in January. Having it linked to Dropbox means I can download photos to my computer without worrying about a camera cable. Aaaaah, simplicity. Makes photographing my artwork that much faster.

I'm going to exhibit at Rose City Comic Con again this year. Need to make some new illustrations to sell as prints! 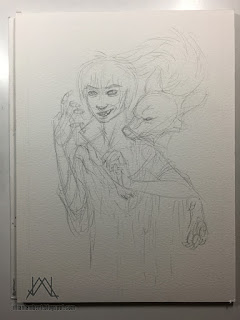 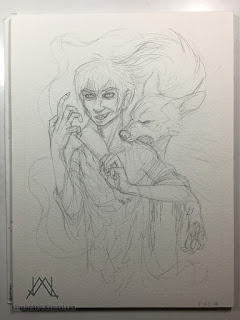 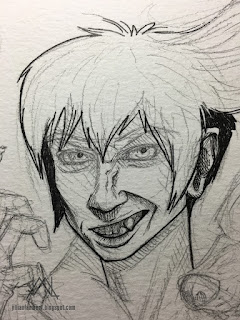 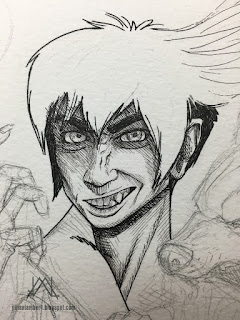 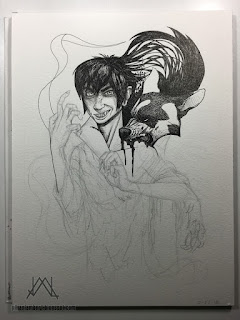 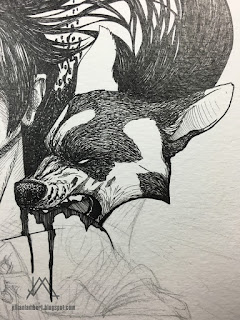 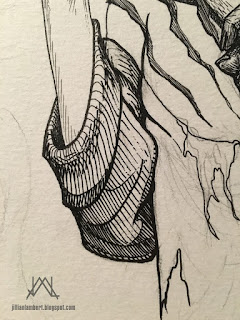 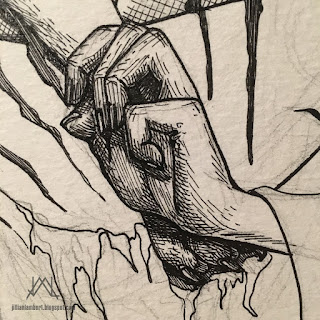 I shared a handful of these progress photos on my Instagram account. It's a little addicting, but I need to put more focus into cross-posting to my main art hubs.
Posted by Jillian Lambert at 3:28 PM No comments:

Self-taught, they attended college for animation; it is the vehicle that allowed their art to grow into what it is today. Ever curious, they strive to create art that sates their passions and stimulates the imagination.

They harbor an undying love for drawing, writing, and reading; all kinds of animals; films old, new, and anything in between; classic alternative music; surrealism; psychology; hiking; biking; and sushi.