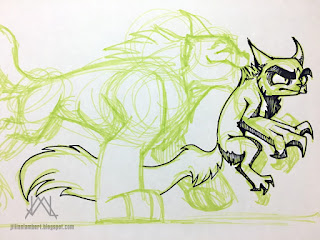 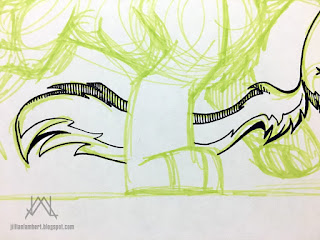 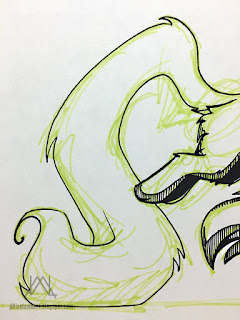 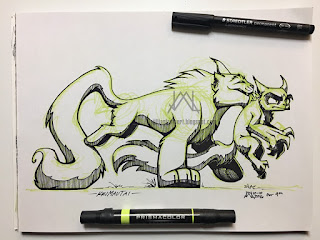 Kritchpaw hates being carried around like a kitten, but she lets Tailscuff do as he will more often than not. She cares for him like a brother, though others rarely see it.

Tailscuff was separated from his mother early. The epitome of a gentle giant, he is motherly at heart. He and Kritchpaw met when young. They were conditioned for pit fighting together.

I need to draw Maubork again to round out my primary KriMauTai crew! I think they're destined for a comics venture.
Posted by Jillian Lambert at 2:02 PM