Rather than update with a bunch of smaller posts, I opted to update with one massive post, showing the Rhodesian Ridgeback in all its stages of completion, color study to final piece. 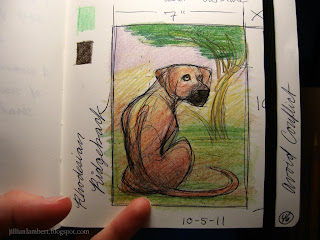 ^ Revised color study in my second faux-Moleskine notebook (it's the Pentalic brand; they're great for quick color studies and figuring out color palettes). 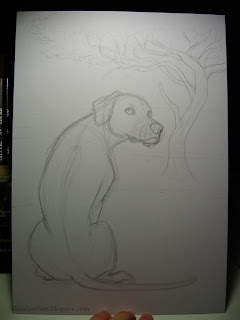 ^ Rough sketch of the Ridgeback on its final board. 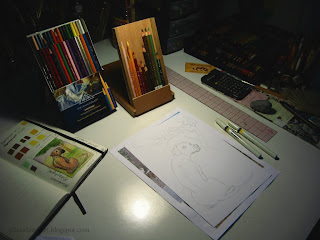 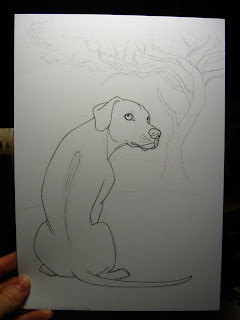 ^ Finished lineart for the Ridgeback, using the 00 (.30) Rapidograph. 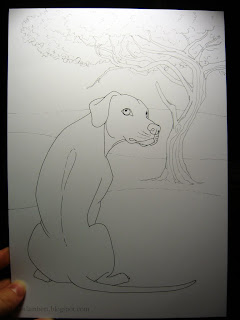 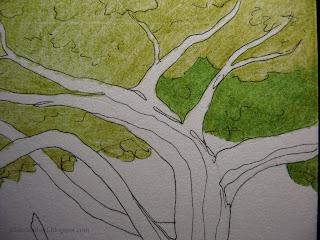 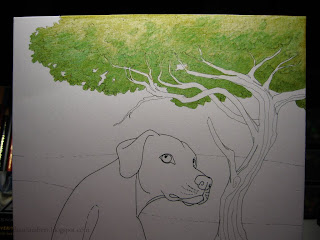 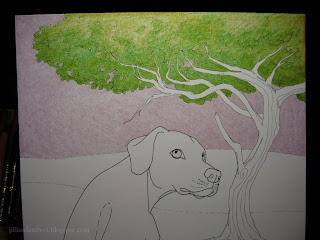 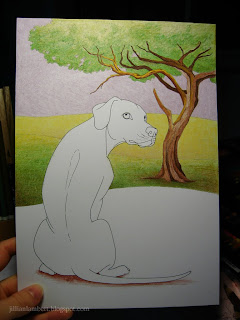 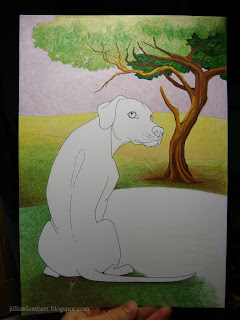 ^ I've detailed some of the leaves on the tree, and have begun priming the foreground plane. 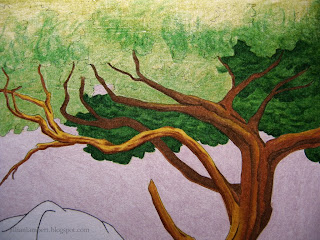 ^ Closeup of the tree leaves. 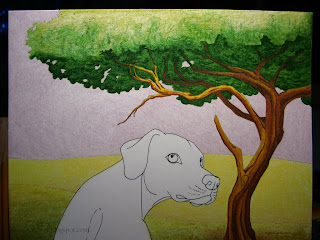 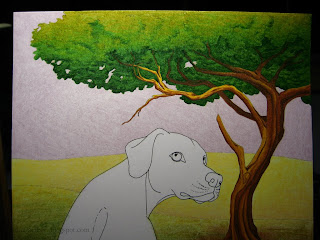 ^ The tree leaves are finished! 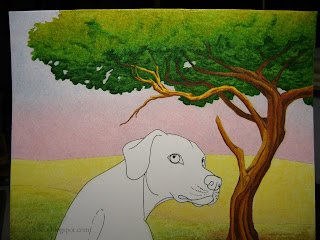 ^ I finish painting the sky by layering Cloud Blue and Pink Rose over the Greyed Lavender priming layer. These two colors retained the underlying hue better than any other colors I tried. 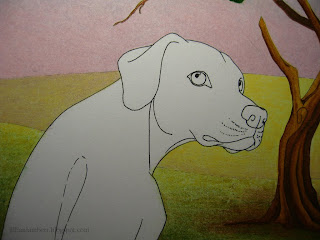 ^ Closeup of the Ridgeback's face against the colored background. I've begun desaturating the far background plane with Greyed Lavender. 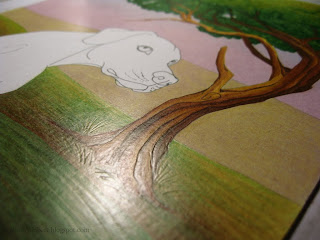 ^ Obligatory "shiny shot" showing a high sheen after buffing with a cotton ball. 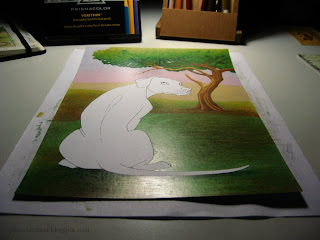 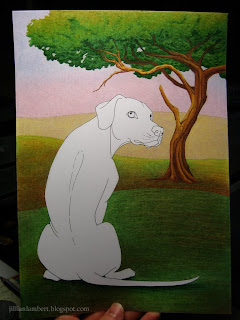 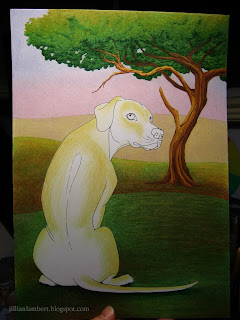 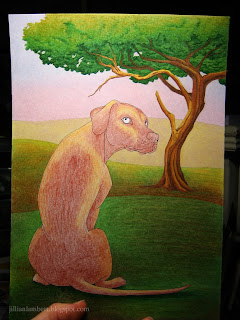 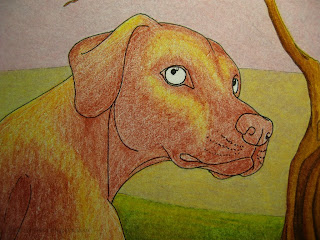 ^ Closeup of the Ridgeback's face. 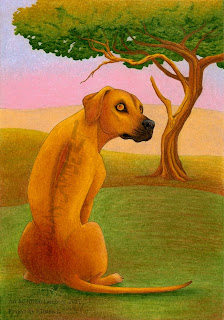 ^ The Rhodesian Ridgeback is FINISHED!

Like the Great Dane, this was a fun illustration. I don't think it's as strong as the Dane is (all funky color combinations therein), but it was nice to create something fairly realistic while practicing my background skills. (I need need need to take up background work again and get better at it.)
Posted by Jillian Lambert at 2:14 PM

Self-taught, they attended college for animation; it is the vehicle that allowed their art to grow into what it is today. Ever curious, they strive to create art that sates their passions and stimulates the imagination.

They harbor an undying love for drawing, writing, and reading; all kinds of animals; films old, new, and anything in between; classic alternative music; surrealism; psychology; hiking; biking; and sushi.