Since I've created many looser pieces this month, I wanted to return to my tight-inked roots.

This is sorta-companion piece to Kritchpaw Fights. My goal is to draw Tailscuff, Kritchpaw, and Maubork in one big interaction scene. Although he is a gentle giant at heart, Tailscuff packs more than his fair share of punches when provoked.

Just the lineart for now. I want to shade this the way I did with Kritchpaw and Maubork for last year's INKtober. 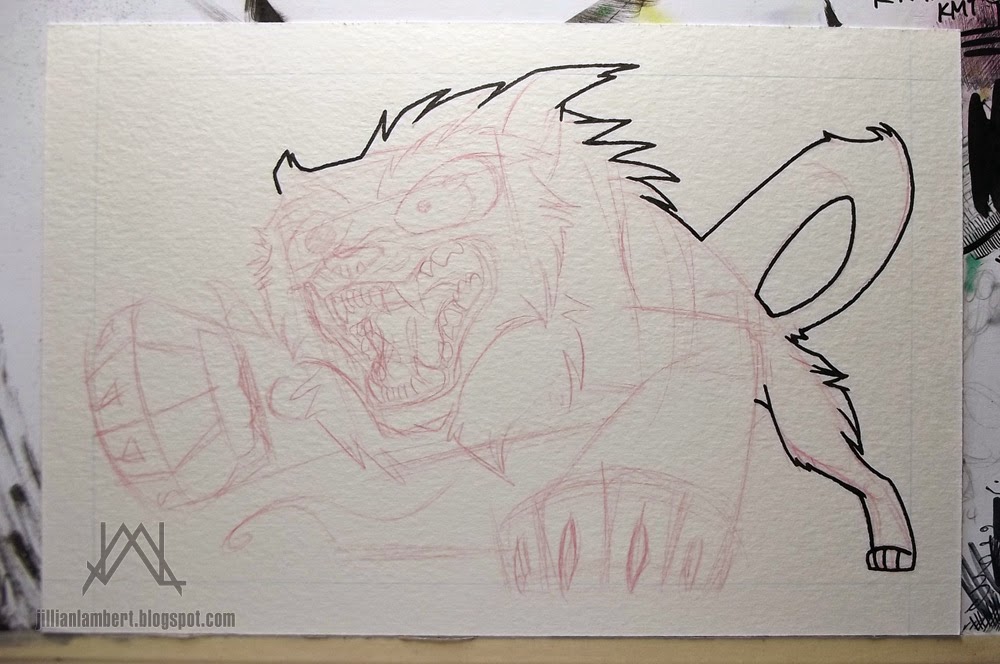 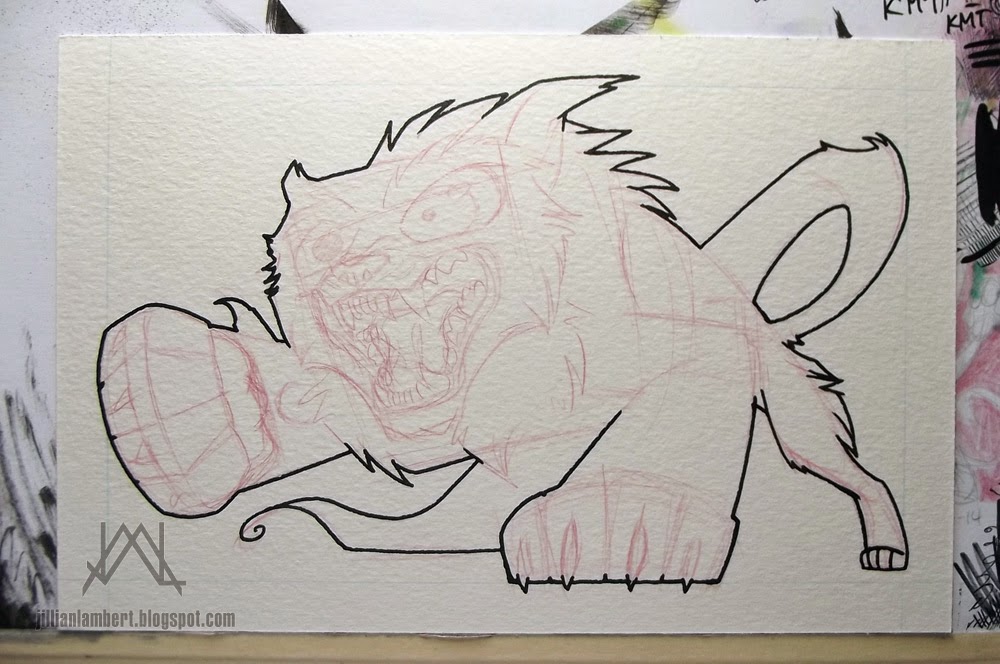 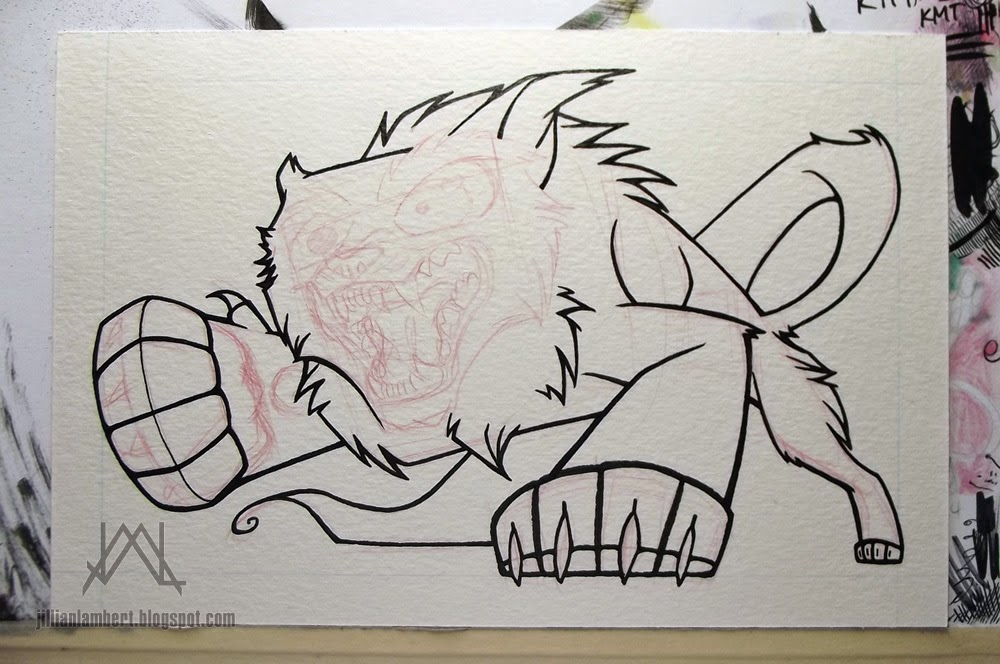 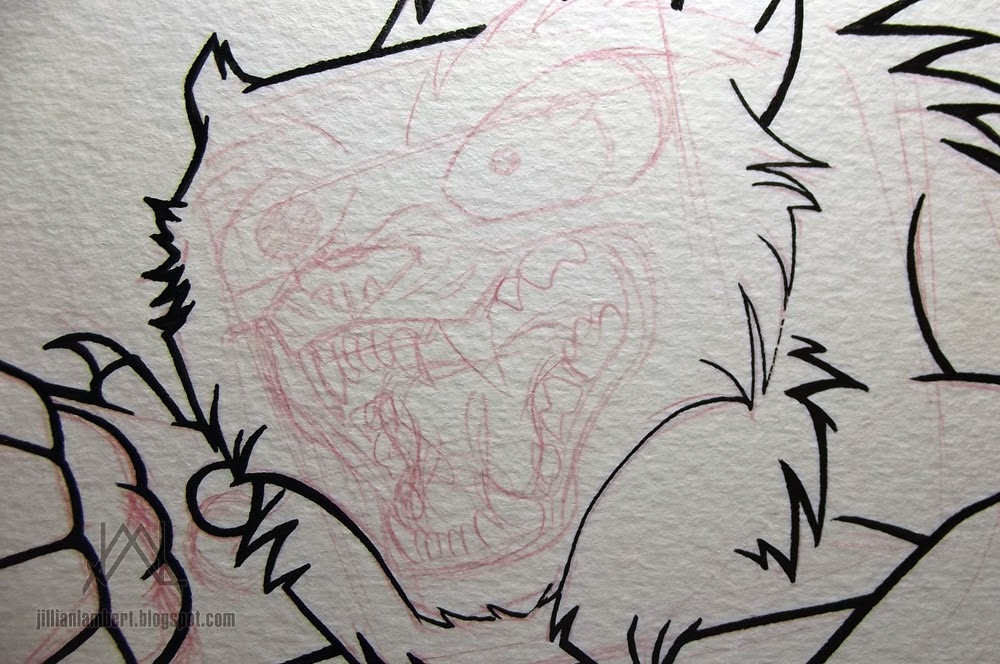 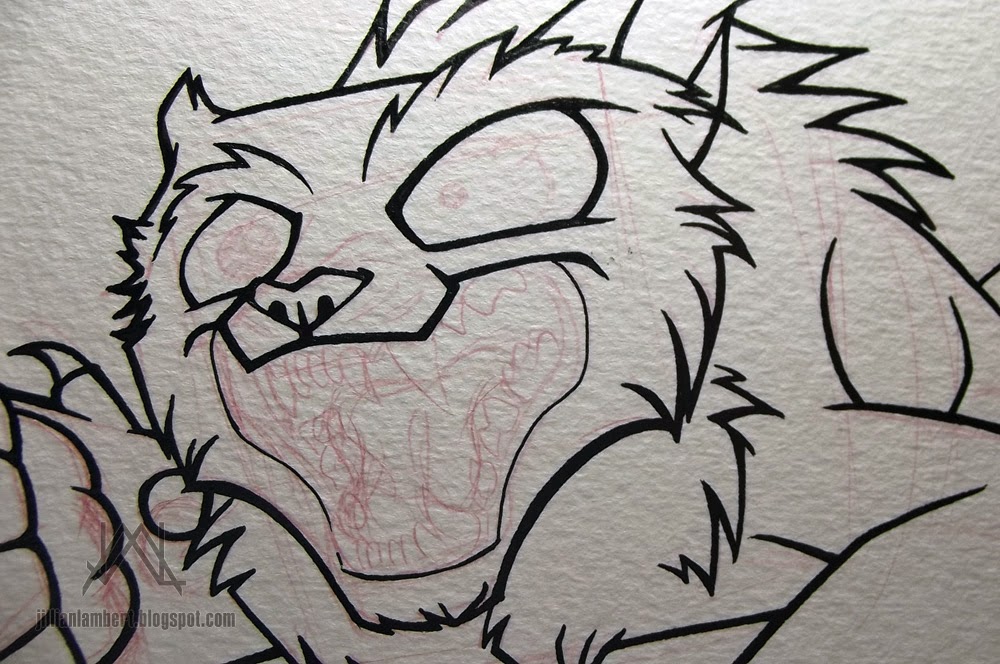 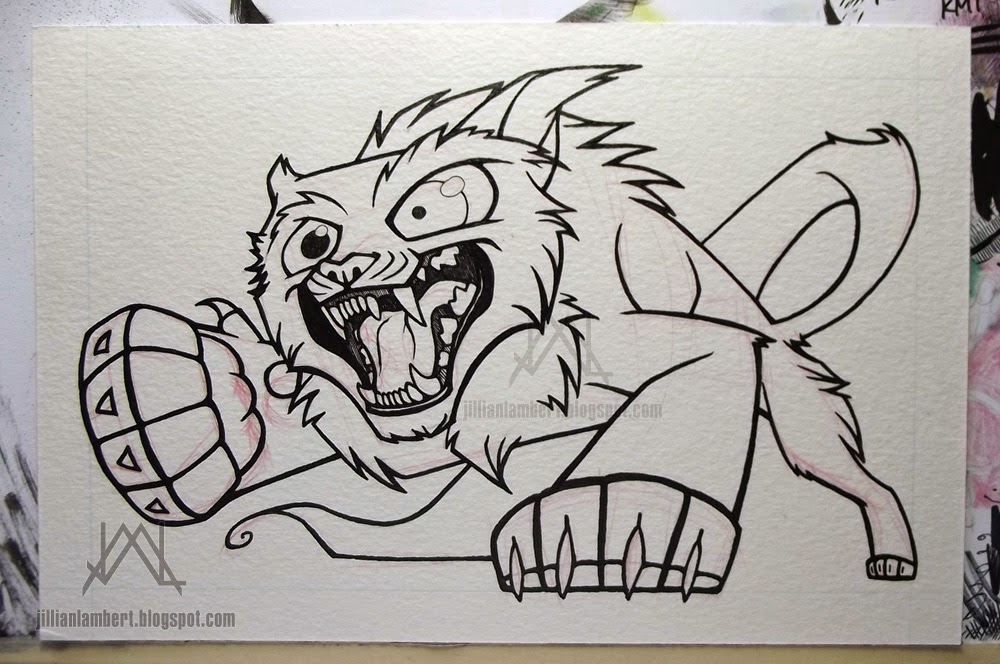 Posted by Jillian Lambert at 10:44 PM