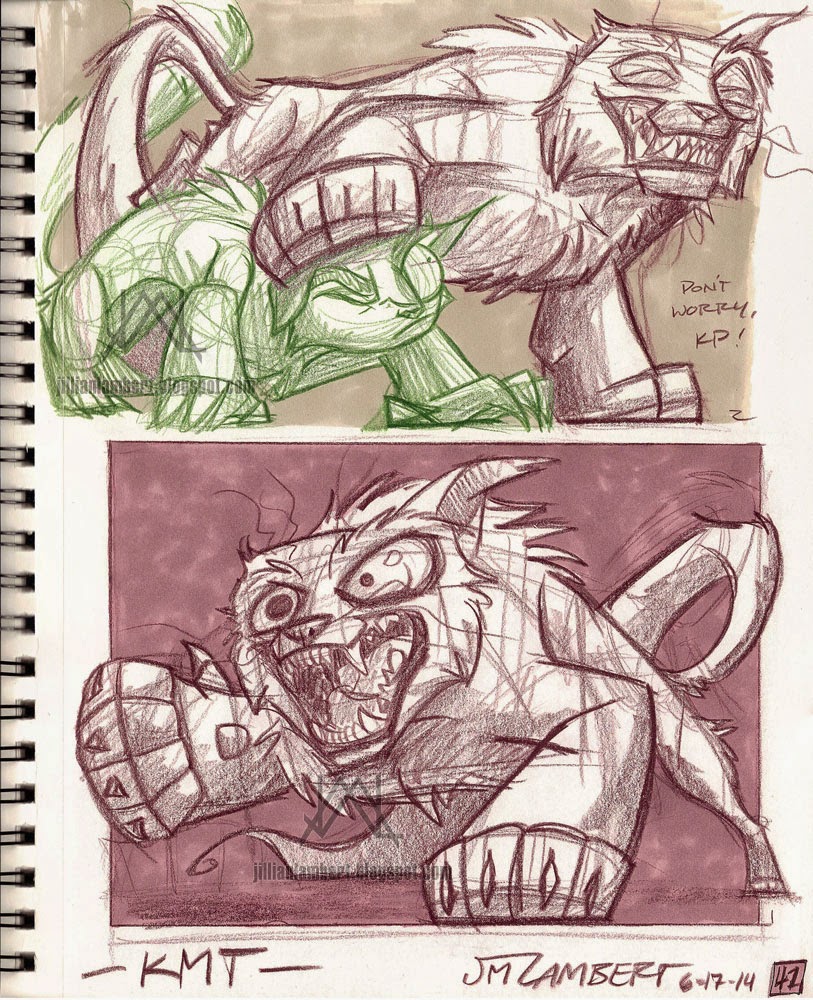 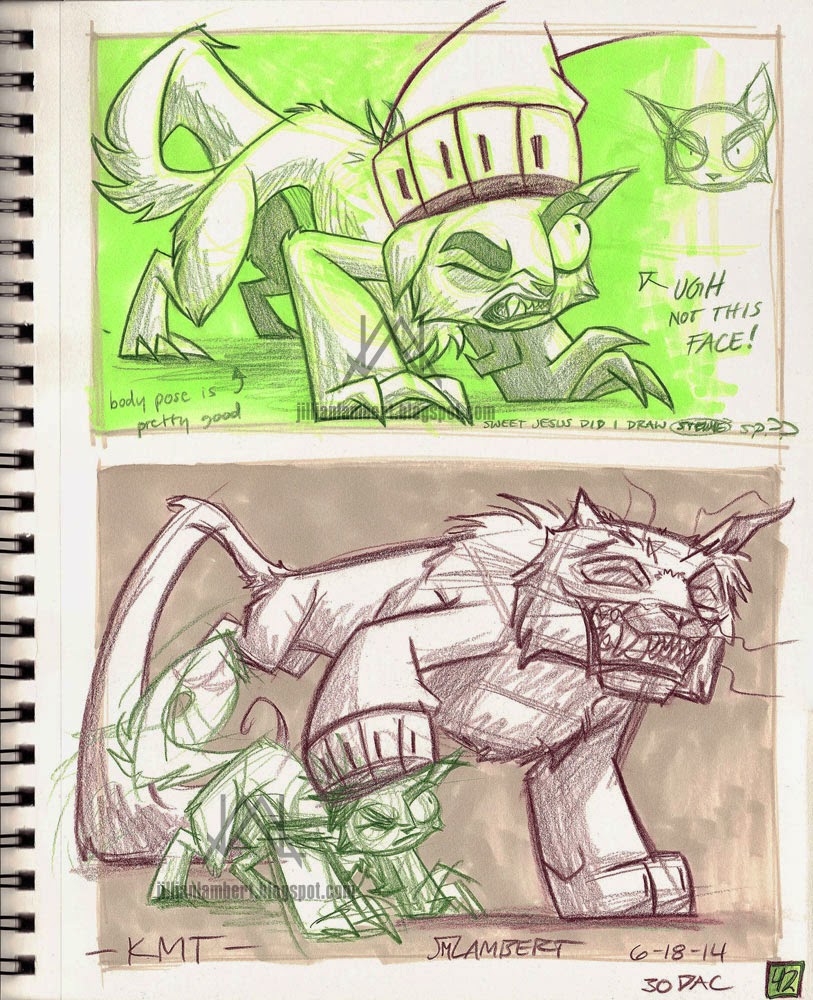 Two pages exploring how Tailscuff (the big guy) and Kritchpaw would interact.

Maybe it's a stretch drawing cartoon cat-things in place of people - but this was a good excuse to continue developing their designs! These two (along with Maubork) are part of a fledgling story idea I have under the working title KMT. I think they may be pit fighters of some kind.

Tailscuff's hind legs are underdeveloped, so he uses his tail like a third leg. Kritchpaw cares about him like a brother, even though she's not quick to show it. 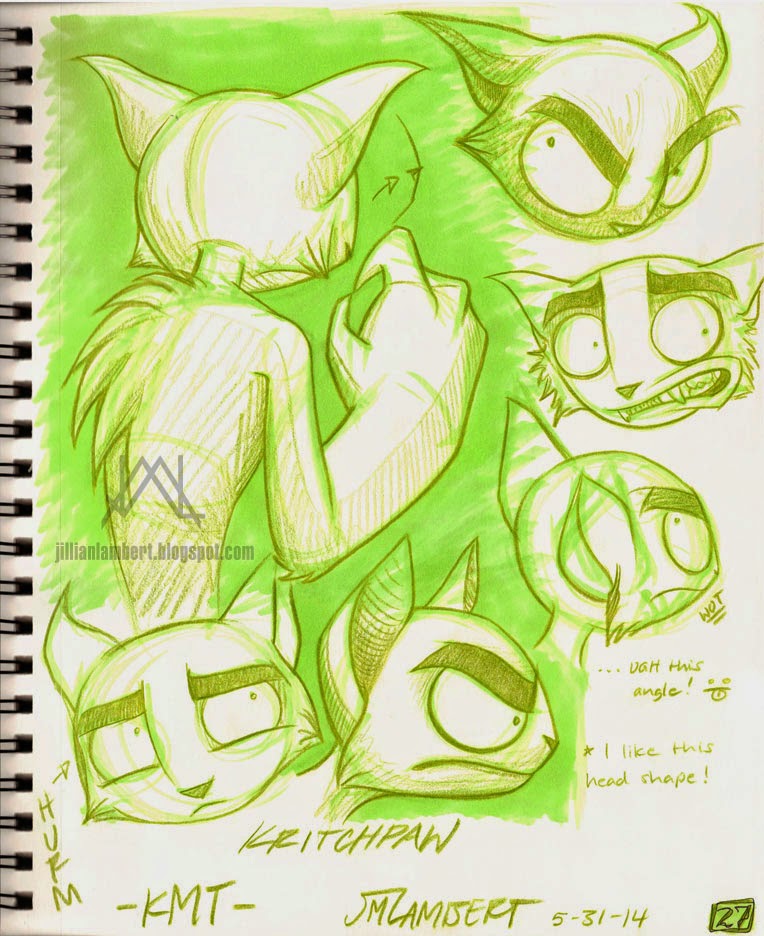 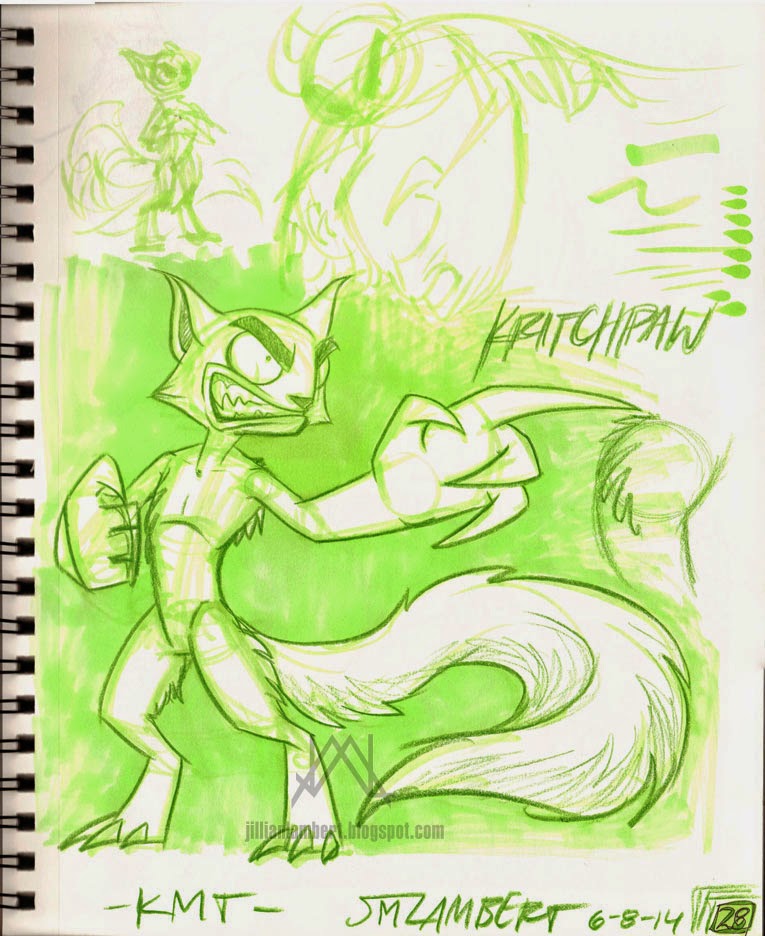 Slightly earlier pages revisiting Kritchpaw for the first time since INKtober.
On the second page, I forgot that her chest is nothing but fluff. 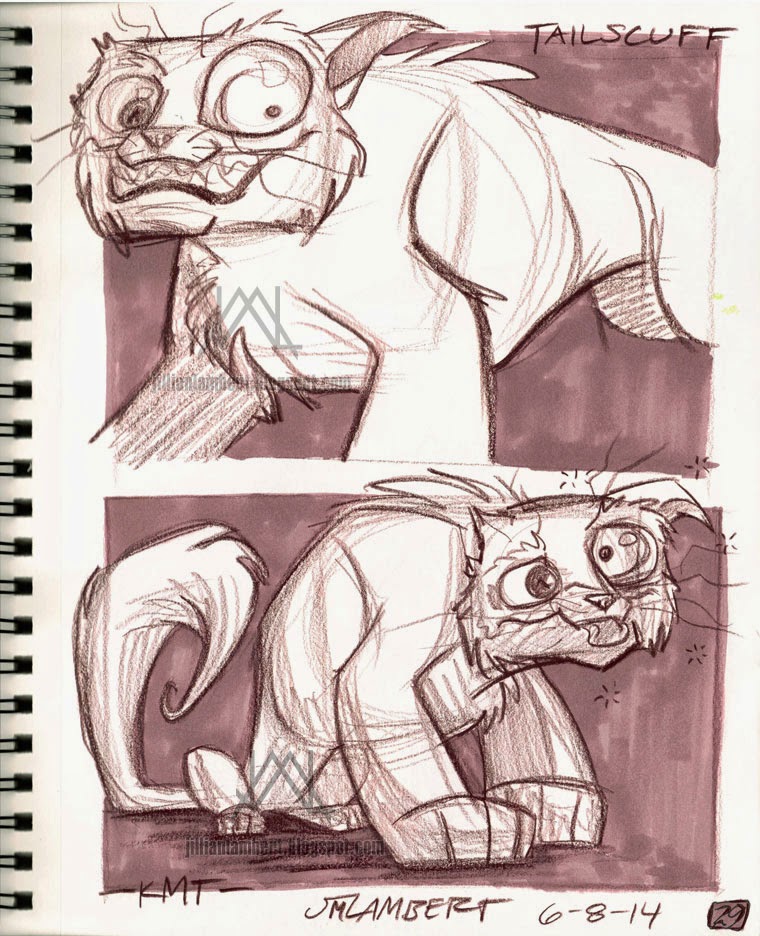 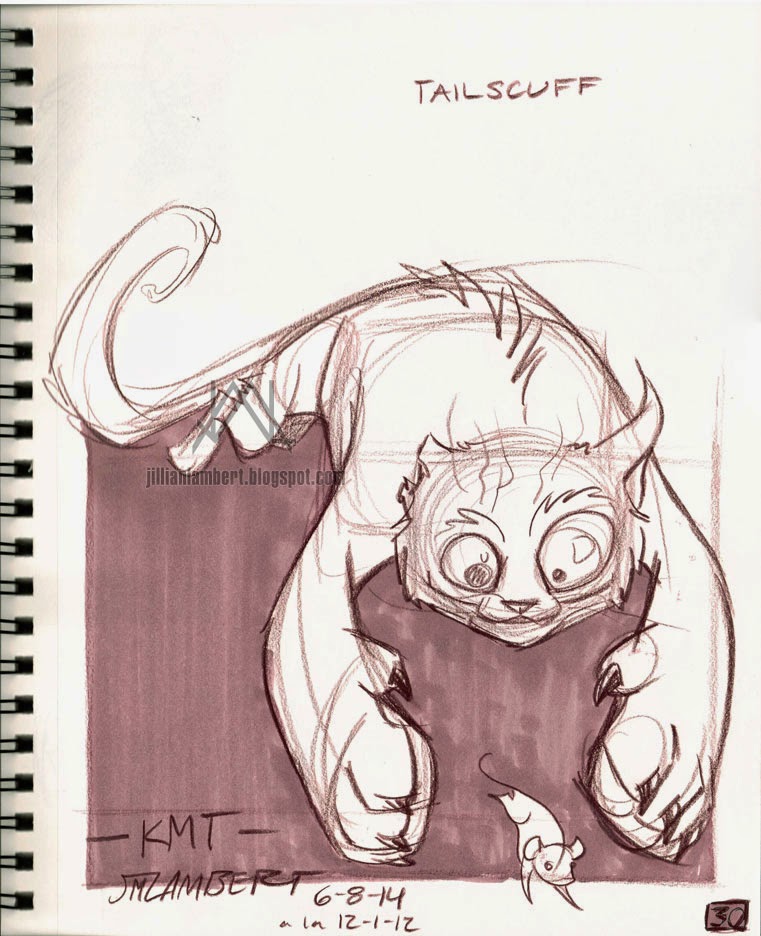 Playing around with Tailscuff's poses / mobility. The mouse is named Friend.
Posted by Jillian Lambert at 6:55 PM